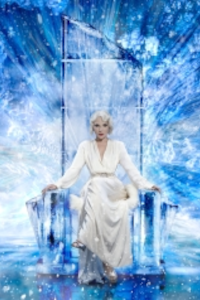 Find the best The Lion, The Witch and The Wardrobe kids show tickets at Waterside Theatre, Aylesbury. As the Blitz rages in London, four young children are evacuated to a mysterious country house. There they discover an enchanted wardrobe that leads them into an adventure more exciting than they could ever have imagined. Stepping through the wardrobe door, they are transported into the frozen world of Narnia. Can the children help the great lion Aslan defeat the evil White Witch and break the spell that has held the land locked in Winter for a hundred years?

Aylesbury > Waterside Theatre > The Lion, The Witch and The Wardrobe (tour)

Tuesday, 16th November 2021 to Saturday, 20th November 2021.
TOUR DETAILS: The Lion, The Witch and The Wardrobe
Scroll down for reviews, theatre information and other details.

The Lion, The Witch and The Wardrobe tickets: The tabs above allow you to select between links to suppliers and date searching. Click on a supplier's logo to see their details and on the 'buy now' button to see and check the tickets on offer. Meal deals (tickets plus a meal) usually represent excellent value for money. Theatre breaks (tickets plus a hotel room) can provide considerable savings.
Information updated within the last 28 days