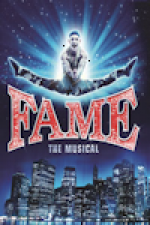 Find the best Fame - the Musical musical tickets at Alexandra Theatre, Birmingham. The Runar Borge production is inspired by Alan Parker's Oscar-winning film and the popular American television series. Set in New York's legendary High School for the Performing Arts, Fame follows a group of talented students in their quests for stardom and success as well as in their struggles with romance and other teenaged relationships.

Fame - the Musical tickets: The tabs above allow you to select between links to suppliers and date searching. Click on a supplier's logo to see their details and on the 'buy now' button to see and check the tickets on offer. Meal deals (tickets plus a meal) usually represent excellent value for money. Theatre breaks (tickets plus a hotel room) can provide considerable savings.