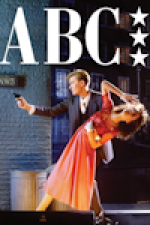 Find the best ABC - Lexicon of Love 40th Anniversary Tour concert tickets at Symphony Hall, Birmingham. To celebrate 40 years since the release of their lauded and timeless debut album The Lexicon of Love, ABC will perform the iconic album in its entirety next year, including a return to Hall where their first orchestrated show won the hearts of critics and fans alike. Martin Fry's masterpiece The Lexicon Of Love went straight to number one upon release. Fusing dance floor finesse with a post-punk attitude, the album spawned timeless tracks such Poison Arrow, The Look Of Love, Tears Are Not Enough, and All Of My Heart. The album saw ABC enchant the world with their own unique brand of pop and remains one of the best albums of all time. Worldwide hits and six studio albums later; ABC demonstrate that even now 40 years on from The Lexicon Of Love, Martin Fry's song-writing and musicianship is still as contemporary as it was in the beginning.

ABC - Lexicon of Love 40th Anniversary Tour tickets: The tabs above allow you to select between links to suppliers and date searching. Click on a supplier's logo to see their details and on the 'buy now' button to see and check the tickets on offer. Meal deals (tickets plus a meal) usually represent excellent value for money. Theatre breaks (tickets plus a hotel room) can provide considerable savings.