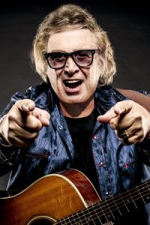 Find the best Don McLean - 50th Anniversary of American Pie concert tickets at Symphony Hall, Birmingham. Over the course of his extraordinary career, Don McLean has sold over 40 gold and platinum records worldwide. The classic hit, American Pie was inducted into the Grammy Hall of Fame in 2002, and in 2004 Don himself was inducted into the Song Writers Hall of Fame. He has sold out arenas worldwide, performing 12 world tours and has performed more than 3,500 concert appearances.