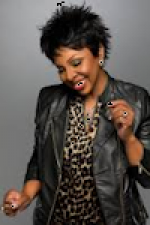 Find the best Gladys Knight concert tickets at Symphony Hall, Birmingham. Gladys began her lengthy music career in the 1950's when she performed alongside her brother, sister and cousins. 1959 saw the group secured their first big hit in America with a cover version of "Every Beat of My Heart". They received international recognition when they signed to the world famous Motown record label. Their hit single "Midnight Train to Georgia" remains one of the most famous Motown tunes to date and was honored as one of "The Greatest Songs of All Time" by Rolling Stone magazine. After almost three decades together the band split but Gladys went on to become a global superstar. Career highlights include recording the official theme song to the James Bond movie "License to Kill", winning eleven Grammy awards and receiving a star on Hollywood's Walk of Fame.

Gladys Knight tickets: The tabs above allow you to select between links to suppliers and date searching. Click on a supplier's logo to see their details and on the 'buy now' button to see and check the tickets on offer. Meal deals (tickets plus a meal) usually represent excellent value for money. Theatre breaks (tickets plus a hotel room) can provide considerable savings.