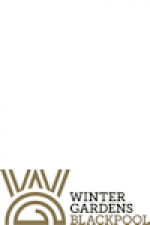 Find the best The King of Pop: The Legend Continues concert tickets at Winter Gardens and Opera House Theatre, Blackpool. There are several tribute shows to Michael Jackson currently performing around the world, but only ONE production will have you believing that just for a moment... The Legend Continues. King Of Pop: The Legend Continues is led by the world's number one Michael Jackson tribute artist ' Navi', which alone sets this show above the rest. Along with his live band dancers, Navi brilliantly recreates all the Jackson classics in a show that will take you closer than you ever imagined to an original Jackson concert. Featuring hits such as Smooth Criminal, Beat It, Billie Jean, Black or White, Thriller, Man in the Mirror and the 'Jackson Five' classics in a show suitable for the whole family.
Approximate runtime 150minutes (including any interval).

The King of Pop: The Legend Continues

The King of Pop: The Legend Continues (tour) >

The King of Pop: The Legend Continues tickets: The tabs above allow you to select between links to suppliers and date searching. Click on a supplier's logo to see their details and on the 'buy now' button to see and check the tickets on offer. Meal deals (tickets plus a meal) usually represent excellent value for money. Theatre breaks (tickets plus a hotel room) can provide considerable savings.
Information updated within the last 28 days