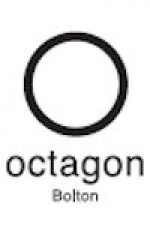 Find the best Brief Encounter play tickets at Octagon Theatre, Bolton. Coward's great tale of illicit love adapted from the 1946 film by David Lean. Set in the winter of 1938-39, it tells of Laura, an ordinary respectable housewife, and Alec, a doctor. Both are middle class and married (happily, they believe) to other people, when, after a chance meeting at Milford Junction Train Station, where Alec gallantly remove a piece of grit from Laura's eye, they embark on a 6-week affair. Your heart will lift at their new-found love and sink again as they struggle against their feelings to deny their destiny together - and the stirring up of countless memories of a true classic in the history of British film.
Approximate runtime 2 hours (including any interval).

Brief Encounter tickets: The tabs above allow you to select between links to suppliers and date searching. Click on a supplier's logo to see their details and on the 'buy now' button to see and check the tickets on offer. Meal deals (tickets plus a meal) usually represent excellent value for money. Theatre breaks (tickets plus a hotel room) can provide considerable savings.
Information updated within the last 28 days