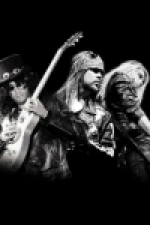 Find the best Guns 2 Roses concert tickets at O2 Academy Bristol, Bristol. GUNS 2 ROSES, established in 2002, are the UK's longest-running Guns N Roses tribute. Over the past 10 years they have officially become the biggest GNR tribute in history and have appeared many times in the newspapers and television.

Guns 2 Roses tickets: The tabs above allow you to select between links to suppliers and date searching. Click on a supplier's logo to see their details and on the 'buy now' button to see and check the tickets on offer. Meal deals (tickets plus a meal) usually represent excellent value for money. Theatre breaks (tickets plus a hotel room) can provide considerable savings.