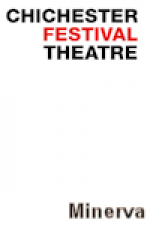 Find the best The Unfriend play tickets at Minerva Theatre, Chichester. After twenty years of marriage, Peter and Debbie are enjoying a cruise as a break from their annoying teenagers. Peter can't resist exchanging views on Donald Trump with an American fellow passenger. There's something slightly unsettling about the eagerly friendly Elsa Jean Krakowski - but there's no point in rocking the boat when you're about to get off it. Back home, an email arrives from Elsa, followed by Elsa herself. And when Debbie googles their house guest and turns up some hair-raising evidence, their good nature is challenged as never before. What kind of danger have they allowed to take up residence in their spare room? And can they bring themselves to say anything about it? Sometimes, the truth is just too impolite. The Unfriend takes a hugely entertaining and satirical look at middle-class England's disastrous instinct always to appear nice. Manners can be murder.

Saturday, 21st May 2022 to Saturday, 9th July 2022.
VENUE DETAILS: Minerva Theatre
Scroll down for reviews, theatre information and other details.

The Unfriend tickets: The tabs above allow you to select between links to suppliers and date searching. Click on a supplier's logo to see their details and on the 'buy now' button to see and check the tickets on offer. Meal deals (tickets plus a meal) usually represent excellent value for money. Theatre breaks (tickets plus a hotel room) can provide considerable savings.