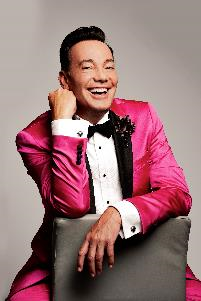 Find the best Craig Revel Horwood - All Balls and Glitter Tour one person show tickets at The Hawth, Crawley. Join Craig as he talks about his life from Australia to the West End to Strictly, reveals a wealth of backstage gossip with his trademark wit and candour, and gives a very special performance of some of the music which has been the soundtrack to his career.

Craig Revel Horwood - All Balls and Glitter Tour tickets: The tabs above allow you to select between links to suppliers and date searching. Click on a supplier's logo to see their details and on the 'buy now' button to see and check the tickets on offer. Meal deals (tickets plus a meal) usually represent excellent value for money. Theatre breaks (tickets plus a hotel room) can provide considerable savings.