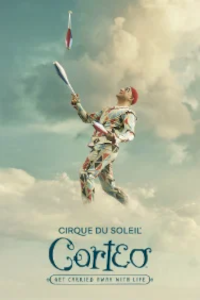 Information for Corteo - Cirque du Soleil at 3Arena, Dublin (Circus). Corteo, which means cortege in Italian, is a joyous procession, a festive parade imagined by a clown. The show brings together the passion of the actor with the grace and power of the acrobat to plunge the audience into a theatrical world of fun, comedy and spontaneity situated in a mysterious space between heaven and earth. The clown pictures his own funeral taking place in a carnival atmosphere, watched over by quietly caring angels. Juxtaposing the large with the small, the ridiculous with the tragic and the magic of perfection with the charm of imperfection, the show highlights the strength and fragility of the clown, as well as his wisdom and kindness, to illustrate the portion of humanity that is within each of us. The music turns lyrical and playful carrying Corteo through a timeless celebration in which illusion teases reality.
Director Daniele Finzi Pasca. Director Line Tremblay (director of creation). Design Jean Rabasse. Costume Dominique Lemieux. Choreographer Debra Brown. Music Jean-Francois Cote. Music Philippe Leduc. Musical Director Philippe Leduc. Music Maria Bonzanigo. Musical Director Maria Bonzanigo. Lighting Martin Labrecque. Other Hugo Gargiulo (acting coach - Teatro Sunil). Other Antonio Vergamin (acting coach - Teatro Sunil). Sound Jonathan Deans.