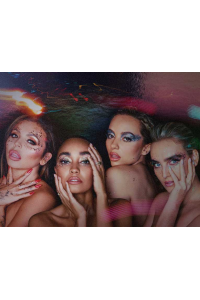 Information for Little Mix - The Confetti Tour at 3Arena, Dublin (Concert). Perrie Edwards, Jesy Nelson, Leigh-Anne Pinnock and Jade Thirlwall became Little Mix in 2011. They have sold over 7 million records, had two UK No.1 singles and two platinum albums 'DNA' and 'Salute'. As well as a successful arena tour they have been the recipients of both a Cosmo Ultimate Woman Award and a Glamour Women Of The Year Award. With over half a billion YouTube and Vevo views worldwide, they've also successfully become one of Britain's greatest exports with massive tours in the US, Australia and Japan - breaking the Spice Girls' long-held record of highest debut US chart position for a UK girl group in the process. Little Mix - The Confetti Tour website.
Performers Perrie Edwards, Jesy Nelson, Leigh-Anne Pinnock, Jade Thirlwall.