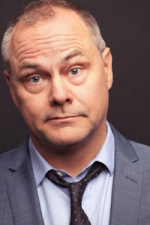 Find the best Jack Dee - Off The Telly comedy tickets at Whitehall Theatre, Dundee. Born in Petts Wood, Jack Dee comes from a family with a history of musical entertainers and mental illness. Working as a waiter, he began moonlighting on the comedy circuit, raising laughs with his dour persona. The rest, as they say, is history. A household name since the launch of the Jack Dee Show in 1992, he's won handfuls of awards and featured in ads for John Smith's Bitter and trodden the boards in the West End in the award-winning play Art.
Approximate runtime 40 minutes (including any interval).