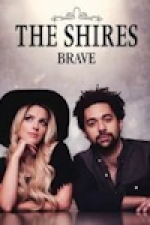 Find the best The Shires - Good Years concert tickets at G-Live, Guildford. "One of the biggest acts on the UK country scene" have gone from "promising openers at a London showcase to Universal-signed country pop powerhouses" (The News Hub) since the release of their debut EP just one year ago. Their Nashville sound "oozes an intoxicating joie de vivre" (Music News) and showcases their passion for bringing a British flavour to the classical American sound. Featuring some of the music from their eagerly awaited forthcoming album Good Years. The title of the group's newest album couldn't ring truer for country duo, Ben and Crissie, as the release follows two gold-certified albums and three top ten singles, firmly cementing their status as two of country music's most prominent voices. As with all their albums, Good Years was recorded in Nashville, the home of Country Music. It's a poignant project for them both, now having made huge waves both on home soil and across the pond as the first UK artists to win Best International Act at the prestigious CMAs.

The Shires - Good Years tickets: The tabs above allow you to select between links to suppliers and date searching. Click on a supplier's logo to see their details and on the 'buy now' button to see and check the tickets on offer. Meal deals (tickets plus a meal) usually represent excellent value for money. Theatre breaks (tickets plus a hotel room) can provide considerable savings.