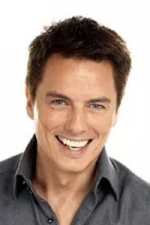 Information for John Barrowman - I Am What I Am at Hull Venue, Hull (Concert). Singer, actor and TV personality. John said: "From the West End to Broadway, this has been the amazing journey of my musical theatre career. I've worked with Andrew Lloyd Webber, Stephen Sondheim, Cameron Mackintosh to name a few. I've performed at the National Theatre and on Broadway. I've lived my dreams. My new show is a celebration of that wonderful journey. I'll perform songs from the biggest musicals I've starred in and perhaps one or two that I haven't. Mix in a couple of duets. Sprinkle in a few surprises! This will be a show to remember. This has been a difficult time for many, so join me for a night of laughter and love and the best of musical theatre."

Friday, 27th May 2022.
TOUR DETAILS: John Barrowman - I Am What I Am
VENUE DETAILS: Hull Venue
Scroll down for reviews, theatre information and other details.