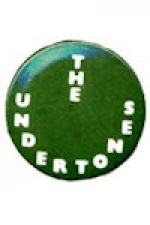 Find the best The Undertones concert tickets at Lincoln Performing Arts Centre, Lincoln. The new wave band was formed by five friends in Derry in Northern Ireland in 1975. The original line-up drew inspiration from the likes of the Beatles and released thirteen singles and four studio albums before disbanding in July 1983. With the arrival of punk rock in late 1976, the artistic focus of the band changed, with artists such as the Sex Pistols and the Buzzcocks becoming major influences.

The Undertones tickets: The tabs above allow you to select between links to suppliers and date searching. Click on a supplier's logo to see their details and on the 'buy now' button to see and check the tickets on offer. Meal deals (tickets plus a meal) usually represent excellent value for money. Theatre breaks (tickets plus a hotel room) can provide considerable savings.