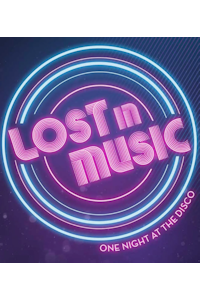 Find the best Lost in Music - One Night In The Disco concert tickets at Eventim Apollo, West End. Get ready to recreate the Magical 70s and let us take you on a musical journey straight to the heart of Disco! Relive some of the greatest songs of all time from Artists such as Donna Summer, Gloria Gaynor, Earth, Wind & Fire, Sister Sledge and Chic. This show boasts a sensational live band, incredibly talented cast and stunning vocals and is sure to have you dancing in the aisles! So, come dressed to impress as we celebrate the golden age of Disco! With songs such as Never Can Say Goodbye, On The Radio, Hot Stuff, Car Wash, Boogie Wonderland and many, many more!

Tuesday, 21st December 2021.
TOUR DETAILS: Lost in Music - One Night In The Disco
Scroll down for reviews, theatre information and other details.

Lost in Music - One Night In The Disco tickets: The tabs above allow you to select between links to suppliers and date searching. Click on a supplier's logo to see their details and on the 'buy now' button to see and check the tickets on offer. Meal deals (tickets plus a meal) usually represent excellent value for money. Theatre breaks (tickets plus a hotel room) can provide considerable savings.