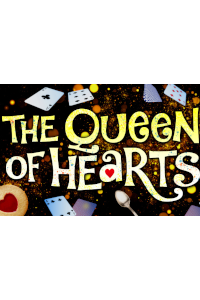 Information for The Queen of Hearts at Greenwich Theatre, Outer London (Panto). A pantomime tale of The Queen Of Hearts. The Knave of Hearts, the Queen, the tarts - it's all there, along with a classic dose of magic, music and comedy in a pantomime that's truly not to be missed! Meet the Knave of Hearts, a bit of a joker who's in love with the Princess of Diamonds. The only problem is, she's already got a boyfriend - the Prince of Spades. Maybe the Queen's secret jam recipe will win her over? But then there's the King of Clubs who's also desperate to get his hands on the secret recipe...
Approximate runtime 105minutes (including any interval).

The Queen of Hearts