West End > Old Vic Theatre
Current and forthcoming what's on, shows and events at West End's Old Vic Theatre including venue details, location, news and links. The Old Vic is one of the oldest theatres in London and famous throughout the English speaking world. Long known as 'the actors theatre', many of the greatest performers of the last century have played on its stage. In September 2004, The Old Vic Theatre Company was launched, under the artistic leadership of Kevin Spacey, to present a wide range of work, from the classic to the new, to appeal to both traditional theatre-goers and new audiences. You can also check out the iUKTDb Old Vic Theatre (West End) archive with 196 shows listed up to Saturday, 30th May 2020.

What's on at Old Vic Theatre 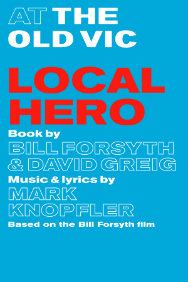 You can embed this tour information on your own website by adding a single line of code to a page and using the Qtix code V402 - for details see our Embed Information page.