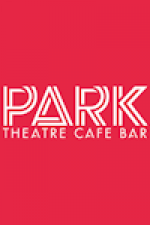 Find the best The End of the Night play tickets at Park Theatre, Inner London. In the final days of World War II, a secret meeting takes place between a member of the World Jewish Congress and one of the most powerful Nazis in Germany - without the knowledge of the Fuehrer. Dr Felix Kersten, Himmler's trusted personal physiotherapist, uses his unique position of influence to facilitate a meeting between the architect of the Holocaust and Swedish Jew Norbert Masur. A meeting which could turn Himmler's thoughts away from the fading Fuehrer and towards a course of action that could save thousands of lives. With battle lines crumbling and lives in the balance, the two men must try to find a way to persuade Himmler to release the last surviving concentration camp prisoners contrary to Hitler's orders that no Jew should outlast the regime. World Premiere. Park200
Age Advisory: 14+ The holocaust is discussed in the subject of this play

The End of the Night

The End of the Night tickets: The tabs above allow you to select between links to suppliers and date searching. Click on a supplier's logo to see their details and on the 'buy now' button to see and check the tickets on offer. Meal deals (tickets plus a meal) usually represent excellent value for money. Theatre breaks (tickets plus a hotel room) can provide considerable savings.