West End > Prince Edward Theatre
Current and forthcoming what's on, shows and events at West End's Prince Edward Theatre including venue details, location, news and links. Opened 3 Apr 1930. In 1936 became a restaurant-cabaret (The London Casino). In 1939 became the All-Services Club. Reverted to a theatre. Became a cinema for a while from 1954. 1647 seats. Member of the Society of London Theatre. You can also check out the iUKTDb Prince Edward Theatre (West End) archive with 14 shows listed from Friday, 21st June 1996 up to Saturday, 24th August 2019.

What's on at Prince Edward Theatre 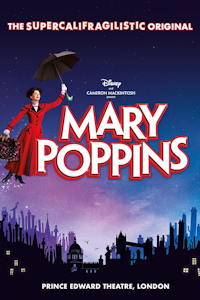 You can embed this tour information on your own website by adding a single line of code to a page and using the Qtix code V408 - for details see our Embed Information page.