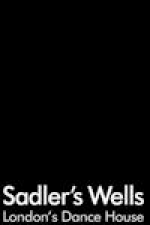 Find the best Liszt mosaics concert tickets at Sadler's Wells Theatre, Inner London. In this concert, we will revive and unite folk music elements with classical works that inspired the composer Bela Bartok and made him a lifelong lover of Hungarian peasant culture. The musicians of the Hungarian State Folk Ensemble of Budapest will be joined by fantastic artists such as violinists Alexandre da Costa and Istvan Pal Szalonna, the Royal Philharmonic Orchestra and folk singer Eszter Pal. The Hungarian State Folk Ensemble took inspiration from the Hungarian musical arts for its new premiere, this time from Ferenc Liszt. Referencing the globetrotting Liszt, the stage is a "concert hall" ruled by music, dancing and singing, the mosaics form a unit, a great vision, so that the past may come to life, and our present may find its roots.

Liszt mosaics tickets: The tabs above allow you to select between links to suppliers and date searching. Click on a supplier's logo to see their details and on the 'buy now' button to see and check the tickets on offer. Meal deals (tickets plus a meal) usually represent excellent value for money. Theatre breaks (tickets plus a hotel room) can provide considerable savings.