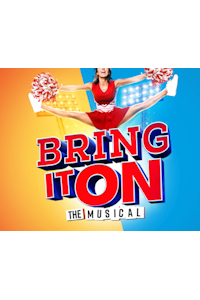 Wednesday, 9th December 2020 to Sunday, 10th January 2021.
TOUR DETAILS: Bring it On
Scroll down for reviews, theatre information and other details.

SeatPlan has reviews for seats at this venue, current ratings are;
Balcony: 0
Front Stalls: 0
Rear Stalls: 0
Side Stalls: 0