THE OTHER PALACE, INNER LONDON

Other spaces: Studio
Inner London > The Other Palace
Current and forthcoming what's on, shows and events at Inner London's The Other Palace including venue details, location, news and links. Information is also included for other spaces at this location including; Studio A brand new theatre built in 2012 on the site of the old Westminser Theatre, ?rst newly built theatre complex in Central London for 30 years. A 312 seat theatre and 100 seat studio. Opened as St James Theatre and became "The Other Palace" in 2017. You can also check out the iUKTDb The Other Palace (Inner London) archive with 669 shows listed from Tuesday, 18th September 2012 up to Saturday, 26th September 2020. Also includes archive for Studio.

What's on at The Other Palace 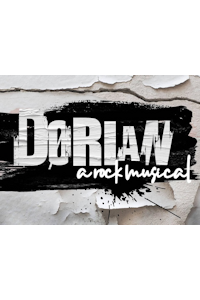 The Show Must Go On - The Musical Theatre Story at Inner London
Thu 29th April 2021 to Sat 1st May 2021.
Information
Concert

SeatPlan has 2029 reviews for seats at this venue, current ratings are;
Stalls: 4.34

You can embed this tour information on your own website by adding a single line of code to a page and using the Qtix code V806511856 - for details see our Embed Information page.

Receive email notifications of changes and updates to The Other Palace, Inner London.

SeatPlan has 2029 reviews for seats at this venue, current ratings are;
Stalls: 4.34