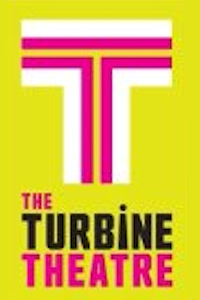 Information for 2 Mouthed Men - With Support at The Turbine Theatre, Inner London (Comedy). They may not be the best beatboxers. They may not be the best sketch comedy duo. But they're definitely the only two people stupid enough to combine the two. Welcome to the musical comedy REMIX! Imagine the best pub gig you've ever been to; then add a healthy amount of beatboxing, a bowlful of comedy and a big dollop of funky beats. Made up of Daniel Stanger-Cornwell and James Hawley, 2 Mouthed Men are a duo on a mission to make you smile. Whether through their original songs, beat-centric sketches, or just their contagious cheer, these boys won't stop until you're moving, grooving, and laughing along. Ready to mix zany subject matter with honest reflections of modern life, the show balances the introspective with the hilarious, delivering laughs and filthy beats every step of the way. It's like mixing the hilarity of a stand-up set with the musicality of yourfavourite band; did we mention that there's beatboxing? There is. A tasteful amount. So, join Daniel and James as they rap, sing, and beatbox in a musical odyssey unlike any other: you may come for the beats, but you'll stay for the boys! The Turbine Theatre on the Jetty
Performers Daniel Stanger-Cornwell, James Hawley, Daniel Stanger-Cornwell, James Hawley.

Monday, 16th August 2021.
20:00Scroll down for reviews, theatre information and other details.