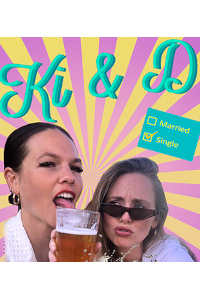 Information for Ki & D at The Turbine Theatre, Inner London (Comedy). Ki & D are best friends and housemates who's industry came to a stand still during the pandemic. What got them through was turning their (sexual) frustration into song. They've now had over 2m streams. For one week only they're out of the comfort of their living room and mismatched PJ's and are airing their dirty laundry on stage. Part stand up comedy, part mental breakdown, a night with Ki and D will be anything but boring.
Age Advisory: 16+