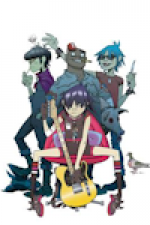 Find the best Gorillaz concert tickets at Victoria Park, Outer London. Created in 1998 by blur singer Damon Albarn and graphic artist Jamie Hewlett, Gorillaz are the most successful virtual band of all time. Their debut album sold over 7 million copies and produced the hugely popular Clint Eastwood. With two further albums the Gorillaz have established themselves as a dynamic force of musical creation.

Gorillaz tickets: The tabs above allow you to select between links to suppliers and date searching. Click on a supplier's logo to see their details and on the 'buy now' button to see and check the tickets on offer. Meal deals (tickets plus a meal) usually represent excellent value for money. Theatre breaks (tickets plus a hotel room) can provide considerable savings.