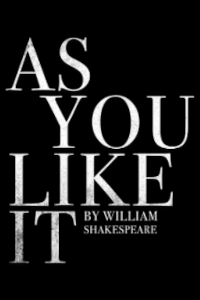 Information for As You Like It at Wilton's Music Hall, Inner London (Play). Written around 1600 and set in two contrasting communities; city and forest. Rosalind and Celia have been banished from Court. In fear of their lives, they disguise themselves and seek sanctuary in the Forest of Arden. Amongst the magical and ancient boughs, Rosalind discovers her exiled father, uncovers various truths about herself and others...and falls helplessly in love. But in this earthly paradise nothing is quite what it seems: men do not always act like men, and women can be anything at all...Uplifting, awe-inspiring and immense fun, Shakespeare's wondrous comedy is a joyous celebration of the liberating power of love and the redeeming spirit of nature. Northern Broadsides 30th Anniversary production.

Tuesday, 10th May 2022 to Saturday, 14th May 2022.
TOUR DETAILS: As You Like It
Scroll down for reviews, theatre information and other details.