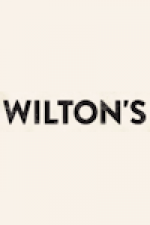 Find the best Starcrossed play tickets at Wilton's Music Hall, Inner London. "Here's much to do with hate, but more with love" Romeo and Juliet (1.1. 172). What if Shakespeare's Romeo and Juliet had told a different story? Mercutio and Tybalt. Sworn enemies and... fated lovers. In this fresh twist on one of the world's most famous love stories, Starcrossed reveals the intrigue and passion of a forbidden romance forged in strife, stifled by circumstance and silenced by history. Reimagining Shakespeare's verse for the modern age, Rachel Garnet's tender, witty and heart- wrenching new play gives unfairly sidelined characters new life, and has received critical acclaim since first premiering at the New York International Fringe Festival. UK Premiere

Starcrossed tickets: The tabs above allow you to select between links to suppliers and date searching. Click on a supplier's logo to see their details and on the 'buy now' button to see and check the tickets on offer. Meal deals (tickets plus a meal) usually represent excellent value for money. Theatre breaks (tickets plus a hotel room) can provide considerable savings.