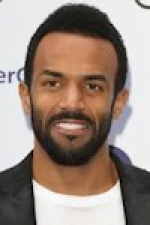 Find the best Craig David - TS5 concert tickets at Dreamland, Margate. Southampton born Craig began his musical career at school, scribbling down lyrics and taping melodies. By 14 he was DJing on a local, pirate radio station and in local clubs. It was through these experiences that he hooked up with Mark Hill, one half of the Artful Dodger. It was the massive Artful Dodger hit, "Rewind", that brought Craig to the nation's attention. He followed on from that success with his debut single, "Fill Me In", which gave him his first solo No 1. Another collaboration with the Artful Dodger - and Robbie Craig - followed, in the form of "Woman Trouble".

Craig David - TS5 tickets: The tabs above allow you to select between links to suppliers and date searching. Click on a supplier's logo to see their details and on the 'buy now' button to see and check the tickets on offer. Meal deals (tickets plus a meal) usually represent excellent value for money. Theatre breaks (tickets plus a hotel room) can provide considerable savings.