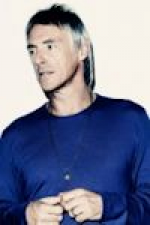 Find the best Paul Weller concert tickets at Dreamland, Margate. Described as both the 'modfather of rock' and 'Britpop's elder statesman', Paul is ultimately acknowledged by the media, fellow musicians and the public as one of the greatest singer-songwriters of British popular music. Since his early days in The Jam, then Style Council and subsequently as a hugely successful solo artist, Paul continues to make pioneering music. Paul Weller website.

Paul Weller tickets: The tabs above allow you to select between links to suppliers and date searching. Click on a supplier's logo to see their details and on the 'buy now' button to see and check the tickets on offer. Meal deals (tickets plus a meal) usually represent excellent value for money. Theatre breaks (tickets plus a hotel room) can provide considerable savings.