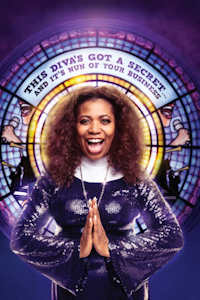 Information for Sister Act at Theatre Royal, Newcastle upon Tyne (Musical). When Disco diva Deloris Van Cartier witnesses a murder she is put in protective custody in the one place cops are sure she won't be found - a convent! Disguised as a nun, she finds herself at odds with both the rigid lifestyle and an up tight Mother Superior. Using her unique disco moves and singing talent to inspire the choir Deloris breaths new life into the church and community, but in doing so blows her cover. Soon the gang is giving chase only to find them up against Deloris and the power of her new found Sister Hood. Based on the smash-hit movie. This tour will feature a specially reworked central character of Deloris Van Cartier.
Performers Brenda Edwards (Deloris Van Cartier), Clive Rowe (Eddie Souther - Leeds/Newcastle/Sheffield/Manchester), Lesley Joseph (Mother Superior).
Music Alan Menken. Lyrics Glenn Slater. Book by Cheri Steinkellner. Book by Bill Steinkellner. Producer Jamie Wison. Producer Whoopi Goldberg. Director Bill Buckhurst. Choreographer Alistair David. Music Stephen Brooker (musical supervisor). Design Morgan Large. Lighting Tim Mitchell. Sound Tom Marshall. Director Stuart Burt (CDG - casting director).