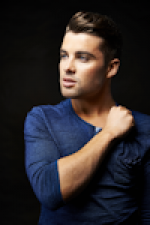 Information for Joe McElderry - Freedom at International Convention Centre Wales, Newport (Concert). Joe McElderry rose to fame when he won the sixth series of The X Factor in 2009. A number one single followed and his debut album Wide Awake cemented his place in the heart of the British public. So much so that he became the triumphant winner of this year s Popstar to Operastar, receiving 80% of the votes in the final and proving he is unbeatable when performing on live TV. Joe McElderry honours George Michael Joe McElderry - Freedom website.