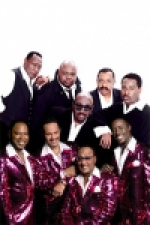 Find the best The Four Tops and The Temptations concert tickets at Motorpoint Arena Nottingham, Nottingham. Motown's undisputed Emperors of Soul. The Four Tops' groundbreaking sound includes soul, R&B, disco, doo-woop and jazz influences; they strongly contributed to define the Motown sound. Their hits include I Can't Help Myself (Sugar Pie, Honey Bunch) and 1966 number one Reach Out (I'll Be There). The line-up for the tour includes original member Duke Fakir plus Ronnie McNeir, Lawrence Payton and Harold 'Spike' Bonhart. The Temptations were the first Motown band to win a Grammy Award in 1969 with Cloud Nine; they won 3 in total, plus the Grammy Lifetime Achievement Award in 2013, tribute to a career that helped shape Soul and R&B music as we know it. Amongst their classics are My Girl and Papa Was a Rolling Stone. The current line-up is made up of original member Otis Williams, Ron Tyson, Terry Weeks, Joe Herndon and Bruce Williamson.

The Four Tops, The Temptations

The Four Tops and The Temptations

The Four Tops and The Temptations (tour) >

The Four Tops and The Temptations tickets: The tabs above allow you to select between links to suppliers and date searching. Click on a supplier's logo to see their details and on the 'buy now' button to see and check the tickets on offer. Meal deals (tickets plus a meal) usually represent excellent value for money. Theatre breaks (tickets plus a hotel room) can provide considerable savings.