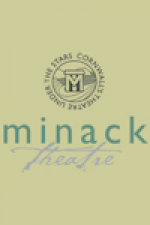 Information for The Merry Wives of Windsor at Minack Theatre, Penzance (Play). Falstaff gets him come-uppance (three times) in this rather confused but at times immensely funny Shakespeare comedy - his only one about the middle classes. The story, almost certainly false, goes that Queen Elizabeth I so enjoyed the character of Falstaff that she asked to see him again in another play - in love. Shakespeare is supposed to have obliged with this delightful romp.

The Merry Wives of Windsor