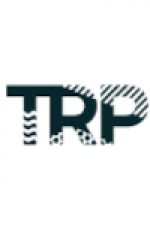 Information for Singin' in the Rain at Theatre Royal Plymouth, Plymouth (Musical). Its 1927, the dawn of the age of sound in Hollywood, silent screen stars Don Lockwood and Lina Lamont are the world's most famous (and consequently valuable) on-screen romantic couple. Off-screen, however, is a different story. Whilst the slightly dumb Lina mistakes the on-screen romance for real love, Don has no such interest. Don has worked hard, for many years, to get where he is today, with his former vaudeville partner Cosmo who provides the piano accompaniment to his silent antics in the studio. When Don and Lina's latest film is transformed, by the need for sound, into a musical, Don has the perfect singing voice but Lina cannot possibly be allowed to be heard - she has the perfect voice for an oil painting despite all the studio's efforts. Meanwhile, Don has fallen for clumsy aspiring actress Kathy Selden who doesn't seem to be won over by his stardom but who comes up with what seems like a perfect, if crazy, plan to save the picture. Containing some fabulous songs and some trully memorable dance sequences this is a real Hollywood feelgood story. The Lyric
Approximate runtime 2 hours 40 minutes (including any interval).

Singin' in the Rain