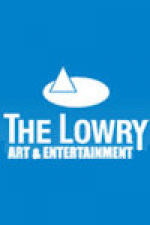 Find the best Mike Bubbins - Throwback comedy tickets at The Lowry, Salford. Mike Bubbins, star of hit podcast The Socially Distant Sports Bar, and of BBC television comedies Mammoth, Tourist Trap and The Unexplainers, unleashes THROWBACK, his first ever solo UK stand-up tour. And things may never be the same again. THROWBACK is a powerful, thought-provoking, visceral hour of stand-up comedy, that pushes boundaries, defies neat descriptions and challenges the audience... AS IF IT IS! It's actually an hour and a half of really funny stories, pretty impressive characterisations, possibly a song (he said he'll see how that goes), a bit of nostalgia about the good old days, a bit of optimism about the good new days, and Mike generally having a laugh about life and not taking himself, or anything else, too seriously. Having said that, he may, at some point in the show, get very annoyed at berks, whether in the past, the present, or the future. Very annoyed. So basically THROWBACK is a comedy show about Bubbins sharing, and bringing to life, the stuff that he finds funny. As comedy concepts go, it's a pretty straightforward one, really.

Mike Bubbins - Throwback tickets: The tabs above allow you to select between links to suppliers and date searching. Click on a supplier's logo to see their details and on the 'buy now' button to see and check the tickets on offer. Meal deals (tickets plus a meal) usually represent excellent value for money. Theatre breaks (tickets plus a hotel room) can provide considerable savings.