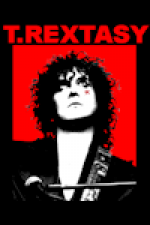 Information for T.Rextasy at The Atkinson, Southport (Concert). T.Rextasy are the only official tribute band to have been authorised and endorsed by Marc Bolan's catalogue management, Wizard Ltd, in 2006 to keep Marc's music alive and in the public eye. Lead singer and guitarist Danielz is an uncanny doppelganger of Marc Bolan. He and the band recreate hits such as Jeepster, Metal Guru and Children of the Revolution and have travelled the world to play alongside Marc's contemporaries such as Suzi Quatro and Cockney Rebel, they have entertained at commemorative birthday celebrations for Marc Bolan surrounded by his friends and ex-bandmates and performed at BBC Proms Night at Hyde Park.
Approximate runtime 2 hours (including any interval).