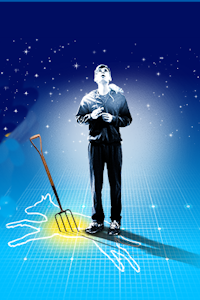 Christopher, fifteen years old, stands beside Mrs Shears' dead dog. It has been speared with a garden fork, it is seven minutes after midnight and Christopher is under suspicion. He records each fact in the book he is writing to solve the mystery of who murdered Wellington. I made a decision. I did this by thinking of all the things I could do and deciding whether they were the right decision or not. He has an extraordinary brain, exceptional at maths while ill-equipped to interpret everyday life. He has never ventured alone beyond the end of his road, he detests being touched and he distrusts strangers. But his detective work, forbidden by his father, takes him on a frightening journey that upturns his world. My name is Christopher John Francis Boone. I know all the countries of the world and the capital cities. And every prime number up to 7507.
Approximate runtime 150minutes.

Between 9th February 2021 and 27th February 2021 this tour will visit 3 venues in Dublin, Belfast and Nottingham. Current and future dates only. This production has already been seen in 6 venues since 18th September 2020.

You can embed this tour information on your own website by adding a single line of code to a page and using the Qtix code T1763660857 - for details see our Embed Information page.

Receive email notifications of changes to The Curious Incident of the Dog in the Night-Time.