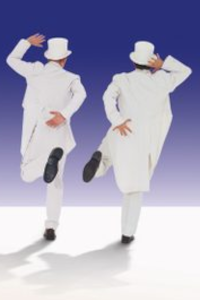 You see, Hamish has written a play, an epic set in the French Revolution, called A Tight Squeeze for the Scarlet Pimple and he wants to see it mounted. Sean, on the other hand, wants them to continue with their double act, even though they haven't worked for two years. He believes that if they perform a tribute to Morecambe and Wise, Hamish's confidence will be restored and the double act will go on. But first, Sean needs to persuade a guest star to appear in the play what Hamish wrote... The Play What I Wrote website.

Between 31st January 2022 and 5th March 2022 this tour will visit 4 venues in Salford, Chichester, Malvern and Sheffield. Current and future dates only. This production has been listed in 2 venues since 27th November 2021.

Dates for The Play What I Wrote (Play) tour

You can embed this tour information on your own website by adding a single line of code to a page and using the Qtix code T087112171 - for details see our Embed Information page.

Receive email notifications of changes to The Play What I Wrote.

Overall: 5.00
Kevin Sermon (19Jan22): If you want a great evening, then this is it. Very funny, especially the sidekick Arthur, I had a fabulous belly laugh throughout the show. Many Eric and Ernie jokes, and mispronounced words and guest star name. Fabulous. 5