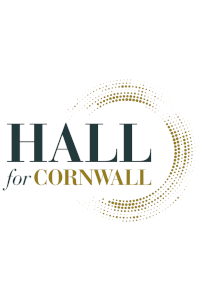 Find the best Swan Lake dance or ballet tickets at Hall for Cornwall, Truro. One of ballet's most famous works with some of its best known music. It is Siegfried's birthday and his mother gives him a crossbow and an ultimatum to get married! After the party and finding himself alone he goes hunting. The evil magician Rothbart (half man half bird) keeps beautiful women as swans on the lake - but by night they resume human form. Siegfried is bewitched by Odette, a Princess and one of the Swans. She explains their plight to Siegfried and says the spell can only be broken by someone who'll love her truly for ever. He swears to do so but Odette returns to being a swan as Rothbart's powers are so strong. Siegfried returns to the palace and his mother presents him with a string of women from whom to chose his bride - Rothbart arrives with his daughter Odile disguised as Odette and Siegfried agrees to marry her - only then realising his mistake as Odile reviles him for breaking his vow to Odette. Siegfried returns to the lake and begs Odette to forgive him - then fights Rothbart whom he kills - and the swans are released from the spell.

Swan Lake tickets: The tabs above allow you to select between links to suppliers and date searching. Click on a supplier's logo to see their details and on the 'buy now' button to see and check the tickets on offer. Meal deals (tickets plus a meal) usually represent excellent value for money. Theatre breaks (tickets plus a hotel room) can provide considerable savings.