West End > Duke of York's Theatre
Current and forthcoming what's on, shows and events at West End's Duke of York's Theatre including venue details, location, news and links. Opened 10 Sep 1892 as the Trafalgar Square Theatre,name changed in 1895. Major refurbishment 79/80. Taken over by the Royal Court during their two year refurbishment starting in 1996, called the Royal Court downstairs. 650 seats. Society of London Theatre member. An [ATG] member. You can also check out the iUKTDb Duke of York's Theatre (West End) archive with 139 shows listed from Wednesday, 26th June 1996 up to Saturday, 17th October 2020.

What's on at Duke of York's Theatre 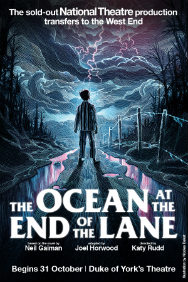 You can embed this tour information on your own website by adding a single line of code to a page and using the Qtix code V392 - for details see our Embed Information page.