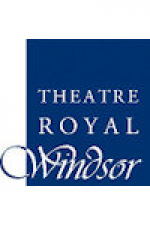 Find the best Dial 'M' for Murder play tickets at Theatre Royal, Windsor. Dial 'M' for Murder - was famously made into a film, starring Ray Milland and Grace Kelly, by Alfred Hitchcock. The plot centres on Tony Wendice, who has blatantly married Sheila for her money. She appears to be in love with someone else and Tony decides to plan her murder. Alibis are established, a murderer is contacted and evidence is planted to suggest that Sheila has been blackmailed. This enthralling plot is unravelled for us by Inspector Hubbard, who gets to the truth - eventually! With twists, turns, jealousy and betrayal this play will have you at the edge of your seat.

Dial 'M' for Murder tickets: The tabs above allow you to select between links to suppliers and date searching. Click on a supplier's logo to see their details and on the 'buy now' button to see and check the tickets on offer. Meal deals (tickets plus a meal) usually represent excellent value for money. Theatre breaks (tickets plus a hotel room) can provide considerable savings.
Information updated within the last 28 days