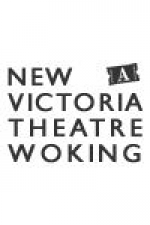 Find the best The Nutcracker dance or ballet tickets at New Victoria Theatre, Woking. This enchanting story tells the tale of how Clara is given a wooden nutcracker as a Christmas present by Dr Drosselmeyer. During the Christmas party Clara and her brother Fritz fight over the nutcracker doll. Later that night Clara wakes and looks for the Nutcracker doll. When the clock strikes twelve, giant mice appear and fight with the toy soldiers. The nutcracker doll comes to life and joins in the battle. Clara finally kills the King Mouse with her shoe and The Nutcracker Doll is transformed into a handsome prince who takes Clara through the land of snow to the Kingdom of Sweet and the Palace of the Sugar Plum Fairy.
Approximate runtime 1 hour 52 minutes (including any interval).

The Nutcracker tickets: The tabs above allow you to select between links to suppliers and date searching. Click on a supplier's logo to see their details and on the 'buy now' button to see and check the tickets on offer. Meal deals (tickets plus a meal) usually represent excellent value for money. Theatre breaks (tickets plus a hotel room) can provide considerable savings.