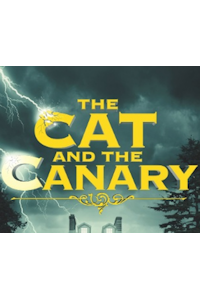 Find the best The Cat and the Canary play tickets at New Victoria Theatre, Woking. A gothic mansion on the Hudson river, a mysterious will and a gathering of relatives. A classic thriller set in the 1920s. Twenty years after the death of Mr. West, his descendants gather at a remote mansion to learn who will inherit his vast wealth and the hidden family jewels. When the heir is revealed, the heritage hunters turn into prey and a chain of macabre events is set in motion. Will the heirs dare to face the haunting presence toying with them? When the cat prowls, the flock takes fright...
Performers Britt Ekland, Mark Jordon, Tracy Shaw, Marti Webb, Gary Webster, Ben Nealon, Nikki Patel, Eric Carte, Joe Reisig, Jack Taylor, Briony Rawle.
Author John Willard. Producer Bill Kenwright. Company The Classic Thriller Theatre Company. Adapted by Carl Grose. Director Roy Marsden. Design takis. Lighting Chris Davey. Sound Dan Samson.

The Cat and the Canary

Woking > New Victoria Theatre > The Cat and the Canary (tour)

The Cat and the Canary tickets: The tabs above allow you to select between links to suppliers and date searching. Click on a supplier's logo to see their details and on the 'buy now' button to see and check the tickets on offer. Meal deals (tickets plus a meal) usually represent excellent value for money. Theatre breaks (tickets plus a hotel room) can provide considerable savings.