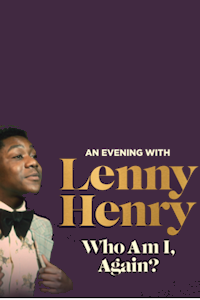 T01093821538
Lenny Henry has become a crucial influence on the creation of black-centred comedy and characters. Born in Dudley, West Midlands in 1958, he says 'My family came to the UK at a time when blacks were just beginning to be integrated into British society. I was on of just three blacks in our school'. His first television exposure was as a comic on New Faces. He then when on to appear on Tiswas with Chris Tarrant who made a big impression on him. Lenny says: ' It was then that I began to develop my work..I remember going to the Comedy Store and realising that I didn't have to rely on impersonations so much and that I could be funnier by being myself'. Following Tiswas, he appeared on Three of a Kind with Tracey Ullman and David Copperfield. It ran for three years on BBC TV and Lenny's introduction to large television audiences. He has gone on to appear on many different television shows, talking on a range of characters as well as hosting the highly successful The Lenny Henry Show.Archive :: production:T01093821538, comedy:S01656341431, venue:V765

Who Am I Again?

In part one of the show, Lenny will take the audience through a jam session of stories both funny and sad - triggered when writing his memoir - from growing up in the Black Country, puberty, school, friendship, family secrets and unashamed racism. With his mother's mantra of 'H'integration' echoing in his ears, Lenny will recount setting out on his roller coaster ride of a career - but at every stage wondering: Am I good enough? Is this what they want? In part two, Lenny will be interviewed by friend, broadcaster and author Jon Canter, for further insights into his life and career, followed by questions from the audience. Come and enjoy these honest and tender stories, told with a glorious sense of humour and help Lenny figure out ?Who Am I Again?'