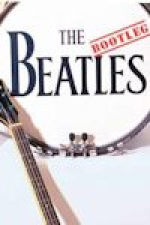 T01291016314
Beatles tribute band which faithfully recreate the sound and images of the Fab Four from their early 'moptop' days through Revolver and Sgt Pepper to their final performance on the rooftop of the Apple building. The atmosphere is perpetuated with the use of authentic instruments, costumes and backdrops and special effects, giving a nostalgic re-creation of the era. The band will be joined on stage by a nine-piece orchestra. Since the Bootlegs were formed in 1980, they have enjoyed spectacular success both at home and abroad. Their international reputation accelerated following a sixty date tour of the then USSR in 1982. They have performed in France, Spain, India the USA and before an audience of 18,000 in Manila.Archive :: production:T01291016314, concert:S472460818, venue:V765
Current production:Tour/Production

Experience two of the Beatles' most iconic albums performed afresh in this special musical collaboration, adding a classical twist and performing beautifully arranged symphonic versions of these timeless classics, including masterpieces such as Here Comes The Sun, Come Together, The Long and Winding Road and Let it Be. The tour marks 50 years since the release of these final two albums, Abbey Road (released 26 September 1969) and Let It Be (released 8 May 1970), and will explore the journey to the end of The Beatles, celebrating the music of this era and the legacy that endures to this day.