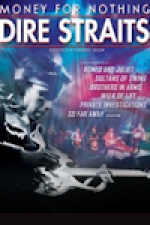 T315203508
The band was formed in 2000 as a tribute the world's premier rock bands - Dire Straits. The abundant energy and the excellence and musicality of their performance makes Money For Nothing a "must see" for any rock enthusiast or Dire Straits fan. Fronting the band is the brilliant guitarist and Mark Knopfler sound-alike Aled Williams. Behind him the line-up features top-class and experienced musicians that make this band a worthy tribute to Dire Straits. Aled and all the band have studied Dire Straits in great depth to re-create their tribute to be as close as possible to the real thing. Featuring all the hits from their first ever single ?Sultans of Swing' to ?Brothers in Arms?, ?Walk of Life' and their last single released in 1992 ?The Bug' - also the legendary ?Money For Nothing' (ft Sting) which was the first ever video played on MTV. The band also includes versions from ?On the Night' and ?Live @ The BBC?.Archive :: production:T315203508, concert:S0558290137, venue:V557
Current production:Tour/Production