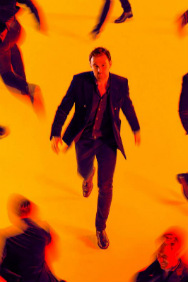 T037710350
Peter Gynt has always set his heart on being special, on being a unique individual, on being unlike anyone else. When he steals the bride from a local wedding, he sets off on a lifetime journey which will take him to Florida, to Egypt, to a mountain of trolls, and finally, only when death approaches, back to his home in Scotland.Archive :: production:T037710350, play:S652176725, venue:V600

In this radical new version, David Hare kidnaps Ibsen's most famous hero and runs away with him into the 21st century. Edinburgh International Festival