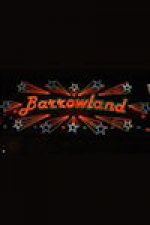 T0
Belfast born Moore, began his musical career aged 16, when he joined the Phil Lynott-fronted Skid Row. Gary and Phil later went on to work together again in Thin Lizzy. Gary spent the majority of the 1970s working on several projects such as Colosseum II and G-Force. During the 1980s he concentrated on his developing his solo work, releasing albums such as "Corridors Of Power" and "Wild Frontier". During the 1990s Gary went back to his blues roots, working with BB King, Albert King and Albert Collins. "I just felt I had nothing left to say in heavy rock and I needed a new direction," explains Moore. In January 1998, Gary began work on his latest album, "A Different Beat", which includes the Peter Green-inspired "Surrender", a cover of Hendrix's "Fire", and a tribute to one of Moore's favourite modern musicians, "Fatboy" (Norman "Fatboy Slim" Cook).Archive :: concert:S496447836, venue:V01575679355